Nikesh Thapaliya on His Lifetime of Advocacy 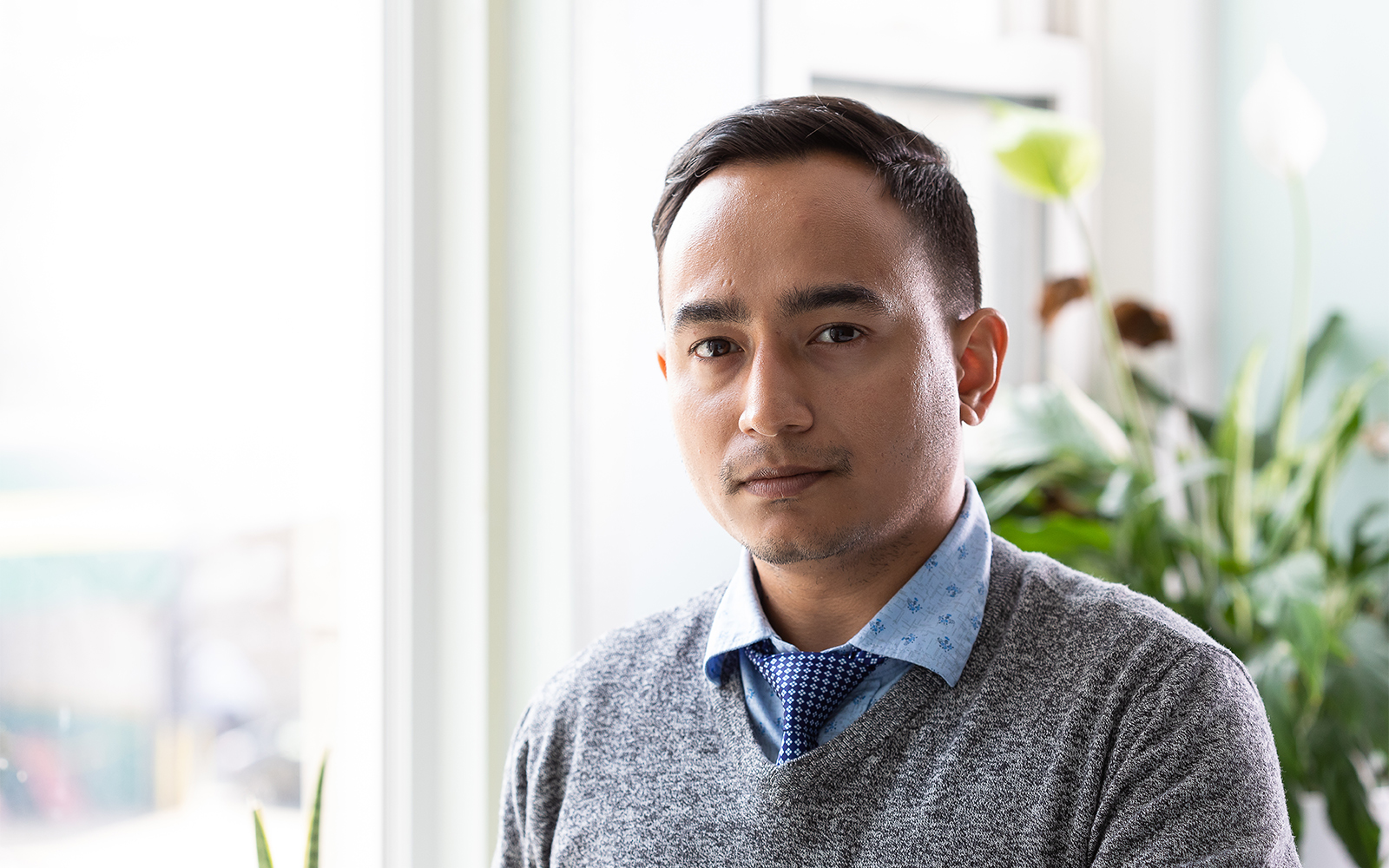 Right now, at this very moment, Nikesh Thapaliya has nineteen survivors of human trafficking who are just waiting for his caseload to ease up. That won’t happen, but he will eventually be able to help them. It’s the time in between that weighs heavily on his mind.

Thapaliya is the youth clinical case manager for Heartland Alliance’s Freedom from Trafficking program: the Nepal native works to connect human trafficking survivors with pro bono legal providers and help survivors gain legal benefits through the Department of Health and Human Services, among other supports and services.

Every day, Thapaliya works with families who are seeking asylum and juveniles who have experienced abuse, many of whom need consular identification and/or visa applications. Every day, he connects with newly discovered victims of human trafficking; looks into Medicaid, TANF (Temporary Assistance for Needy Families), cash, and food stamp benefits for those survivors; identifies rental assistance opportunities; and helps secure clothing for those who have come to the United States with little more than themselves.

“You never truly get used to it,” Thapaliya admits. “The bureaucratic delays, the immigration nightmares—it’s hard not to get emotionally connected to these people you’re trying to help, and I’m not sure that I would be myself if I didn’t.”

Thapaliya has been working on behalf of others for as long as he can remember. Growing up in the Nepalese capital of Kathmandu, the young Thapaliya was always drawn to the many tourists visiting the city. “I always saw people from other countries, and they fascinated me,” he recalls. “I always wanted to travel the world, and I was always very actively involved in the community.”

While living in Nepal, Thapaliya worked at a nonprofit that educated and sponsored orphans, and volunteered for several projects on behalf of the United Nations. When he got the chance to study in the United States, he took it, knowing full well that his sense of mission wouldn’t change even if he was half a world away.

Thapaliya arrived in New York, where his older sister resided, but soon moved to South Carolina to pursue his studies. The culture shock was profound for a number of reasons.

For one, the idea of young adults leaving home and attending college on their own was very different from the culture Thapaliya grew up with in Nepal, where young adults tend to stay more connected (both physically and emotionally) with their nuclear family. “I think independence is great,” he says. “But I’m not sure someone who is eighteen is mature enough to be out in the world.”

Another realization proved far more problematic. Thapaliya had moved to the richest country on earth, one that lauded itself for being a melting pot of cultures and a land of opportunity. But he quickly saw that that dream didn’t necessarily prove true for everyone.

“It’s hard not to get emotionally connected to these people you’re trying to help, and I’m not sure that I would be myself if I didn’t.”

“I met so many people from Latin America while I was in the South, and I witnessed a lot of their experiences trying to find work—and their relationships with their employers,” he notes. “For a while, I genuinely just thought everyone in the United States takes advantage of immigrants and threatens to call the authorities on them when they ask for fair treatment. But then I started to learn more and realized that these things are illegal on top of being wrong.”

But employers’ treatment of immigrants wasn’t the only problem Thapaliya noticed. He didn’t see a lot of services or organizations dedicated to aiding and supporting individuals who had recently arrived in the United States, at least not in South Carolina.

That changed when he moved to Chicago. The City of Big Shoulders has a large immigrant population supported by a variety of organizations—faith-based and secular nonprofits alike—that are doing far more on behalf of the country’s most vulnerable populations than Thapaliya had seen in his previous travels.

One organization in particular stood out from the crowd: Heartland Alliance. 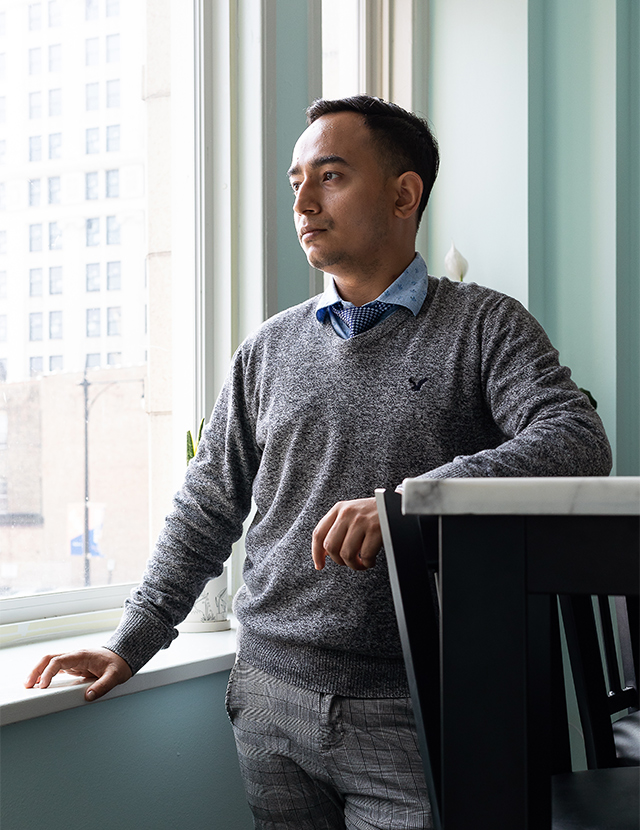 Before transitioning to Heartland’s Freedom from Trafficking division in early 2022, Thapaliya worked for Heartland supporting youth navigating immigration. In that role, he was given a difficult case involving two African siblings whose father was in Canada and whose mother had been detained and jailed in her home country.

“What people don’t understand about those immigrating who have been convicted of crimes is that, so often, the crimes they have been convicted of are often ridiculous and persecutory,” Thapaliya explains. “These kids had been separated from their mother for no good reason, and they were on their own for more than a year here.”

Think back to the moment when you felt the most isolated—and then imagine that on top of all you were going through, you were a young child in a far-off country where you didn’t have any agency. It’s terrifying. The only thing that separated these children from the streets and a lifetime of horrors was Thapaliya, his Heartland team, and his determination not to let those children become victims of circumstance in a system that lets far too many slip through the cracks.

“Why do we make it so hard for people that would be so proud to live here?”

“We were finally able to reunite the children with their father in Canada,” Thapaliya remembers. “On that day, I felt like I had been reunited with a family. No case had really impacted me in such a personal way.”

But that was not the only case that opened Thapaliya’s eyes to Americans’ misconceptions about immigrants. While working with some young adults from Honduras, Thapaliya found himself face-to-face with a landlord who seemed to neither comprehend nor care about the difficult lives his tenants had led thus far.

“Sometimes you can help educate a landlord, but sometimes it may not work,” he admits. “I was trying to help secure work permits and identification so the family would be able to work legally. We were trying to provide counseling services as well to ensure that they were able to work through this hard time in a healthy way. We want to help people to not just survive but build a better life for themselves and their families.” 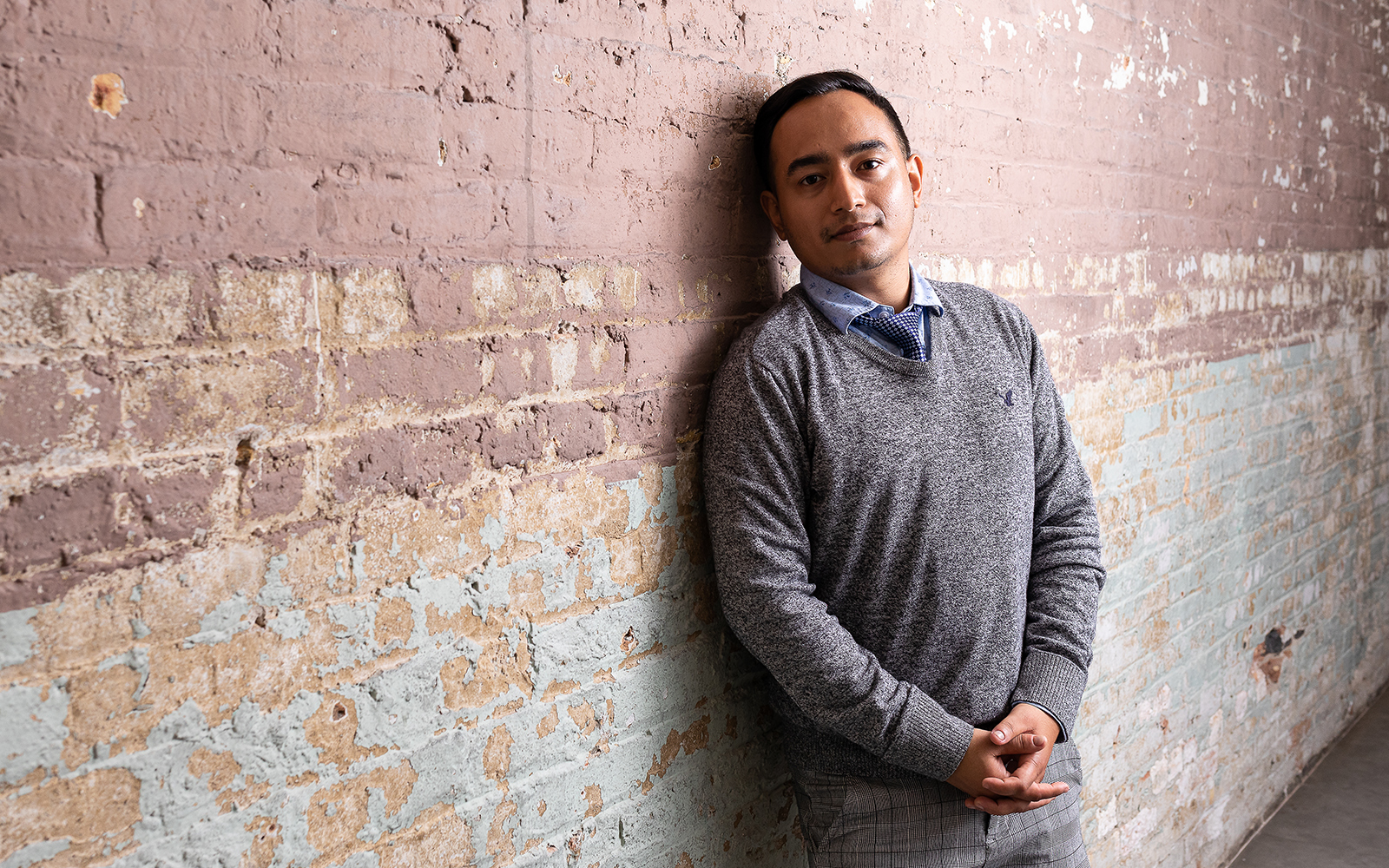 Changing the System from the Inside

It’s not just landlords and other individuals that cause frustrations for Thapaliya and his team—very often, it’s the system itself that causes the most heartache.

“As a US citizen, I am allowed to petition for my siblings, but that would take fourteen to seventeen years,” Thapaliya says. “If you’re from Mexico, China, or India, it’s more than twenty. Think of all of the people that are stuck in limbo. Think of those people who have come here and are essentially stateless. They didn’t do anything wrong. They just want a better life.”

Thapaliya has made a habit of helping his friends prepare for the test required of all those hoping to become US citizens so that they’re aware of what they’ll face if they pursue citizenship. “It’s one hundred civics and history questions, with reading and writing portions. My American friends are lucky if they get twenty-five out of one hundred correct,” he notes. “And even if citizenzhip applicants pass these portions, the government can still deny their application with a vague explanation: ‘Your understanding of the English language is not good enough.’ They’ve lived here their whole lives. Why do we make it so hard for people that would be so proud to live here?”

Working within the system can be incredibly frustrating, but Thapaliya knows that that same system needs people like him to help move it forward and make significant change from the inside.

Fortunately, Thapaliya is in a position to make other large-scale changes that don’t have as many associated challenges as systemic transformation. On top of all his other day-to-day work, he is a member of the Cook County Anti-Human Trafficking Task Force. In this role, Thapaliya works arm-in-arm with members of the FBI, the police, and social workers to figure out how they can best serve victims of trafficking who now live in the Cook County area. It’s an honor for the advocate, but one that is incredibly well earned given his lifetime of service thus far.

The Fastest in the World

Nikesh Thapaliya is an incredible advocate for immigrants and those seeking a better life in the United States. But he’s also exactly the man you want on your pub trivia team. He speaks four languages, and he knows the names and capitals of more than two hundred countries. In fact, at the age of sixteen, Thapaliya earned a world record for the fastest recitation of the US states, as well as the fastest recitation of the states and their capitals.

“I was just a kid finding a way to be creative and learn more about the world,” Thapaliya explains. “I love geography and traveling, but those records weren’t anything more than a young person trying to find his way in the world.”

Emma Yaaka Is a Guide for the Journey

Teliane Bakala Has a Reason to Smile